Solar technology is one of the most well-established and rapidly expanding renewable energy sources. By 2050, solar energy has the potential to overtake all other forms of energy production, according to
IEA.

Solar energy is the most common alternative electricity source that is simple to install on your property. It is a dependable and renewable energy source that, properly channeled, can power all of your home’s appliances. There has never been a better moment to invest in solar energy, given the commitment of national and international organizations to promote solar power, provide subsidies, and establish renewable energy goals for the globe. Investing in solar power is the best sustainable choice for all your electricity demand due to its economic and environmental advantages. Invest in a
solar power system now for increased savings, enhanced service, and an enhanced lifestyle!

Without a doubt, solar energy has a wide variety of applications, and when combined with widespread electrification, it has the potential to be utilized to power the homes and businesses of the world with the sun’s energy in a sustainable manner, thereby contributing to a more effective path toward improving global health.

What are the 5 benefits of solar energy?

Moving forward, we will uncover what the main benefits of solar energy are. 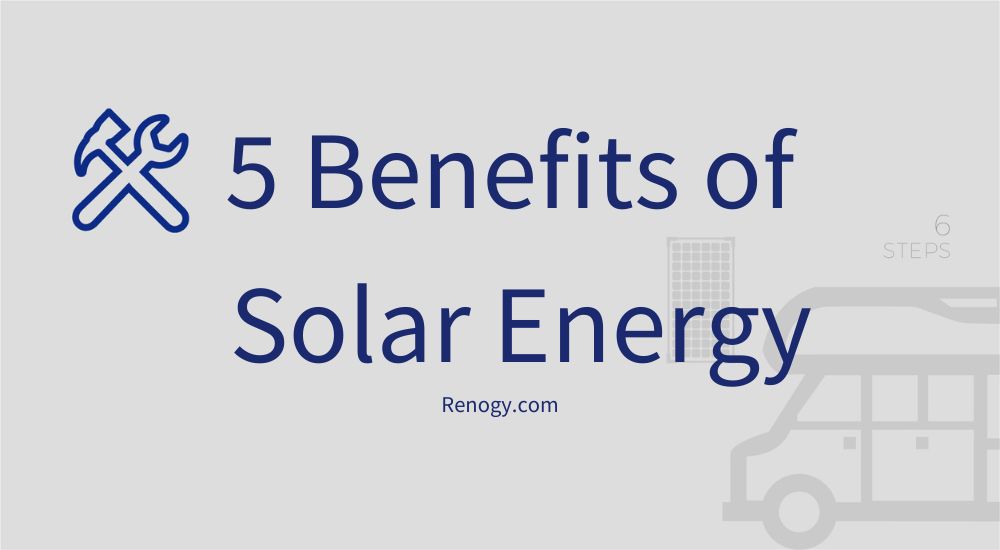 #1 Sustainable and good for the environment

Overall, solar energy brings a plethora of benefits to the environment. Solar energy is a clean and sustainable form of energy that has the potential to lessen humanity’s greatest negative influence on the natural environment by reducing emissions of carbon dioxide and other greenhouses. This is vital for preserving human existence, as well as species and ecosystems.

Air pollution has been associated with the emergence of cardiovascular diseases, cancer, and respiratory illnesses such as asthma. Overall, the primary cause of the dangerous levels of fine particulate matter and nitrogen dioxide is the combustion of fossil fuels. In 2018,
WHO concluded that air pollution generated by fossil fuels was responsible for costs to human health and the economy totaling $2.9 trillion, or almost $8 billion per day.

Furthermore, solar power does not produce any harmful byproducts or pollute the surrounding water. In contrast to fossil fuels and nuclear power plants, solar energy has one of the lowest water-consumption footprints. Likewise, solar energy production does not generate waste since it does not need significant
maintenance and has a lifespan that is far longer than other methods of producing energy.

Annual energy bills might reach hundreds of dollars. In actuality, the average annual energy expenditure per person, including residential and transportation energy, is $3,052. One of the primary benefits of solar energy is that it has the potential to help you decrease your monthly expenses for electricity.

Between the years 2010 and 2020, the price of energy generated by solar power dropped by 85 %. Solar panels can perform their function by converting sunlight into energy, which can then be used to power electronic devices in your house or place of business.

Another significant aspect is that the generation of clean energy from the sun results in considerable cost savings since the sun’s energy is an endless supply of energy that is not affected by changes in the market or the impacts caused by speculation.

However, the amount of money you can save by using solar panels will be determined by the size of your solar power system, its efficiency, and the quantity of sunshine your area gets. You could even be able to sell any surplus power you produce back to the grid if the circumstances are right.

In contrast to other forms of alternative energy, like wind energy, which requires vast open areas with frequent wind changes, and hydroelectric power, which necessitates a large water supply, solar energy may be used in almost any location. While production is reduced on gloomy days and in locations with less regular light exposure, solar panels are continuously operating.

In addition, solar-powered generator stations are the most efficient method to ensure that electricity is always available when it is needed the most. These solar power generators can meet all of your energy needs, regardless of where you are, without needing fossil fuels or other energy sources.

Besides,
solar panels are constructed to endure the effects of the environment, even in the most severe weather conditions. Owing to the high degree of reliability of solar panels, they may last up to 25 or 30 years. In other words, the likelihood of your solar power system failing is incredibly low. If it does occur, you will be protected by the guarantee, and the panel might be replaced at no cost.

According to recent research conducted by
NREL, the dependability and longevity of solar panels are good, as the researchers analyzed 54,500 panels that had been placed between the years 2000 and 2015. They discovered that just five out of every ten thousand panels were defective each year. This indicates that solar panels only have a failure rate of 0.05% overall.

Solar power is a reliable form of energy that is capable of producing electricity even in secluded or off-grid areas of the world.
Solar panels can continue producing power even when the weather is gloomy or wet since their operation does not need the use of fuel. Conversely, even when many solar panels are spread across an area, the chances of blackouts are really low. These systems work as energy production centers for the grid, improving the grid security in case of overload or other cases that cause blackouts. 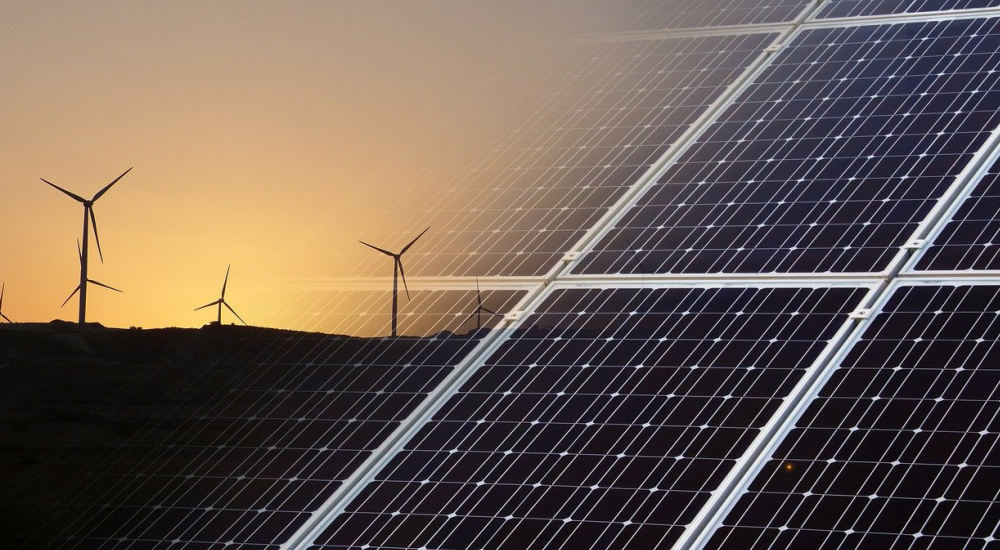 Distributed solar energy reduces the grid’s susceptibility to disturbances caused by power outages, harsh weather, and armed conflict. If a system has a high solar power and energy storage penetration, thousands of dispersed energy production hubs will exist. This reinforces the grid and protects it from overburden or natural calamities.

In addition, due to the system’s decentralization, power outages in some regions will not impact those in neighboring areas. By generating energy near where it is used, we reduce the potential for disruptions on long transmission lines since the power grid focuses more on supplying backup power and directing surplus energy.

Wood Mackenzie, the top global energy research and consulting group, expects that the number of residences with solar systems will increase from 4% in 2020 to 13.4% in 2030. This demonstrates the rising value of solar energy and the growing number of homeowners who are embracing its advantages.

If you ever want to sell your property, having a renewable energy system may make it more desirable to investors interested in economically and operationally effective buildings. Currently, solar panel
installation is seen as a possible improvement, comparable to an enlarged kitchen or a greenhouse. Nevertheless, geographic location, size, age, and the solar system’s total production all play a role in determining the property’s worth.

According to a
Zillow survey, houses with solar panels would sell for 4.1% more. Besides that, it is estimated that 80% of homebuyers would choose energy-efficient amenities in a house. Well, this makes sense: who would not want to purchase a house that is more energy efficient than the typical home and can save them money on their monthly energy bills?

Benefits of solar energy in Florida

Florida is one of the sunniest states in the United States, and living there you can enjoy the benefits of
solar tax credits and net-metering programs. It is ideal for installing a solar power system in Florida. The possession of solar energy which can be stored in batteries will surely reduce the effect of disruptive blackouts.

Final thoughts on the benefits of solar power

After analyzing the plethora of advantages associated with solar power, it is quite clear why this type of renewable energy is becoming more mainstream and appealing. As we have seen, solar energy may help decrease our dependence on fossil fuels and cut energy costs for years by lowering greenhouse gas emissions, enhancing air quality, and safeguarding water resources.

If you want to maximize your return on investment, you should seek a dependable and trustworthy service provider to provide you with a solar system and manage its installation and maintenance.
Renogy will be your first destination if you have been ready to become a part of the community of people who use clean energy.

Emerging at the forefront of solar energy innovation, Renogy is a company that aspires to be a leader in the solar panel market and is committed to advancing sustainable living and energy independence. We are certain that the DIY-friendliness and dependability of our renewable energy products will make it possible for 50 million individuals to become energy independent by the year 2030.
Off-grid solar kits, solar generators, 12V lithium battery, and all other components are offered for sale by Renogy.

How Much Does A Solar Panel Cost?

How Many Solar Panels To Power A House?

The Many Benefits of a Home Energy Storage System

10 Most Important Articles From EnergyBulletin.Net